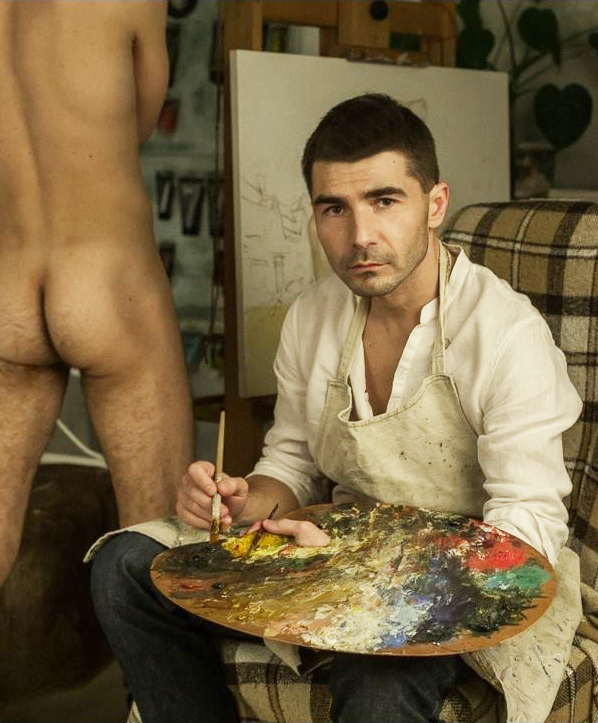 Kirill Fadeyev is an artist with an exceptional imagination and tremendous artistic skill. Known as the Ukrainian Aubrey Beardsley, his elegant line drawing makes his erotic pictures of men unique and immediately recognizable. Based in Kiev, Ukraine, he works as a painter and architectural designer. A fine artist, he won many prizes as a student and a major historical painting by him hangs in the office of the Government of Kiev. Fadeyev is also the author of a number of sculptural and architectural monuments, including the monument of the WWII fallen soldiers in the very center of Kiev. He is a challenging artist and his works will often shock the viewer. But his great skill as a draftsman, along with his humor and sense of play, redeem his works and raise them to some of the most engaging works of graphic art produced anywhere in the world today.

Painter. Member of the National Union of Artists of Ukraine.

Works in the technique of easel painting and graphics.

In 2012 he was the author of the monument to the soldiers of the Second World War in Kyiv, Ukraine.

At the peak of his career as a designer in 2012, he decided to return to his favorite profession as an artist.

From early childhood he drew, from the age of 11 he studied at an art school.

1996 and 1998 - the first recognition of the public - the winner of the city sculpture competition;

2004 - founded the ArtOk studio for the development of design projects, the creation of decor and sculptures;

2009 - Member of the National Union of Artists of Ukraine;

2012 - Opening of the monument "Soldiers of the Second World War" Kyiv, Ukraine, author of the project;

2012 - Closing of ArtOk studio. Over eight years of successful and hard work, interior design projects covering hundreds of thousands of square meters have been implemented. Hundreds of sculptures of different sizes have been created - from intimate decor in the bedroom to 25 meter dinosaurs in the water park;

2022 - due to Russia's military invasion of Ukraine, Kirill had to leave his studio and home in Kyiv…